Parsing the Numbers: The Future of Residential Homebuilding Within the 55+ Buyer Market

What’s next for the new home market?

The residential real estate segment has been registering steady gains for the past few years, galvanized in large part by job growth in the private sector. While it’s prudent to keep an eye on volatile markets abroad, as well as the Fed’s hike of the interest rate (which remains historically low), the National Association of Realtors predicts that housing starts will register an increase of 1.25 million to 1.35 million units — up 12-21% compared from 2015 — on the heels of job growth between 1.5 million and 2 million. Median home prices, meanwhile, are expected to increase between 4-5%.

The future for real estate development may look rosy, but it’s important to look deeper at the numbers that are driving different types of investment opportunities. In recent years, many builders have focused on developing apartment buildings. It made a lot of sense, especially since young buyers unable to qualify for mortgages created pressure on the rental market, driving up rents and increasing potential profits for building owners. Since then, supply has caught up to demand in many markets. Those pointing to renting apartments as an attractive proposition should remember that the apartment market boom seen in the last several years is leveling out according to data from real-estate research firm Reis Inc.

Another homebuilding opportunity has emerged and deserves increased attention. Baby Boomers, who drove much of the housing industry in the 20th century, seem set to define the new home market for the next several decades. Here’s why. 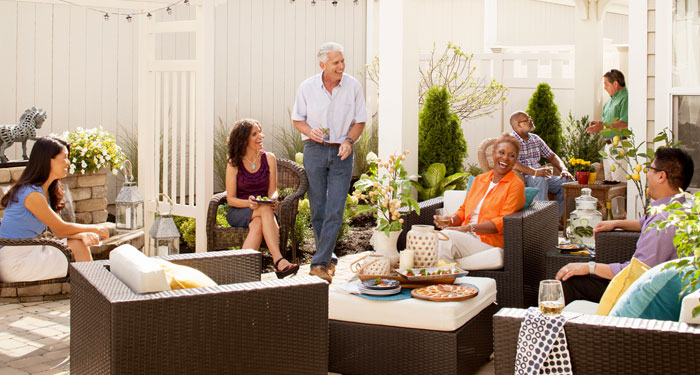 While home ownership has been seeing a steady resurgence, it will especially enjoy a dramatic comeback over the next decade, on the backs of an expected rise in the number of American households.

According to the Mortgage Bankers Association, by 2024, the U.S. will create between 14 million and 16 million new households. Of special interest to home-building companies and associated interests: as many as 13 million will be owners and as few as three million will be renters. These numbers point to a significant and steady surge in housing demand over the coming decade.

What may surprise you is the demographic makeup that constitutes a majority of these future homeowners. A 2015 research study from Metrostudy indicated that 52% of new home purchases between 2015 and 2019 will be made by people who are over the age of 55.

The next decade will see a significant surge in demand for single-story homes, especially from people over the age of 55.

With seniors living active lifestyles and living longer, it is wise to also keep an eye on the kinds of households and homes they’re looking to set up. What kinds of homes have the most potential to attract 55+ buyers?

Studies have shown that active adults, looking to downsize from their 2-story homes but not yet ready for assisted living or retirement communities, are increasingly looking for detached single-level homes where they can age-in-place, built within communities offering amenities that reflect their active lifestyles. As opposed to apartments, these smaller homes most closely mirror the kinds of living arrangements and lifestyle these buyers are used to.

Mature buyers, aged 55 and up, which includes the Baby Boomers, are predicted to be the strongest drivers for residential homes in the next decade, and are gravitating toward detached single-family homes.

What’s more these mature buyers have money to spend. According to Nielsen, Americans aged 49-67 constitute a significant portion of the “Mass Affluent” population. A hefty 41% of the mass affluents, which are defined as households with liquid assets between $250,000 and $1 million excluding real estate, are aged 49-67.

Mature buyers, aged 55+ have more money to spend than the Gen Xers and Millennials that follow.

The real estate market is gaining traction and the glut in apartment housing indicates that developers need to be looking at the next “big thing” on the horizon. Given that the housing landscape of the future will be driven primarily by active 55+ adults and Baby Boomers with money to spend, we believe that the kinds of easy-maintenance, single-story detached homes that appeal to this demographic segment, are the ones worth further investigation.

Investors looking to capitalize on a steady surge in real estate demand are well advised to key in on this niche sector.

We can help you quickly master this segment of the market

Epcon Communities Franchising Inc. became America’s 38th-largest homebuilder (“2014 Builder 100,” Builder Magazine, May 2015) by building homes that are popular with 55+ buyers. We built our first community in Columbus, Ohio, in 1986, and started franchising 10 years later after several other builders asked for permission to use our building plans and systems to create their own ranch-style, maintenance-free communities.

Epcon has invested millions studying home buyers, and has worked with award-winning architects to develop home styles and floor plans that appeal to the buying preferences of active-adult buyers. We provide Franchise Builders with plans that have already proven to be successful in multiple markets.

We have also created marketing tools that make it much easier to pre-sell homes, and detailed systems to guide the building process of our home models — including supply lists, production checklists and timetables that shrink downtime and speed up the building process.

Additionally, Epcon Franchise Builders become part of a network of nationwide builders who share ideas and data with each other, which helps them develop benchmarks for cost and performance, and identify ways to increase efficiency and potential profits.

Our 30 years of experience building homes that are popular with 55+ buyers, coupled with our franchise support, helps builders quickly gain a foothold in this valuable niche of the building industry.

To learn more, download our free franchise report and learn more about the opportunities available within the 55+ home builder market segment.