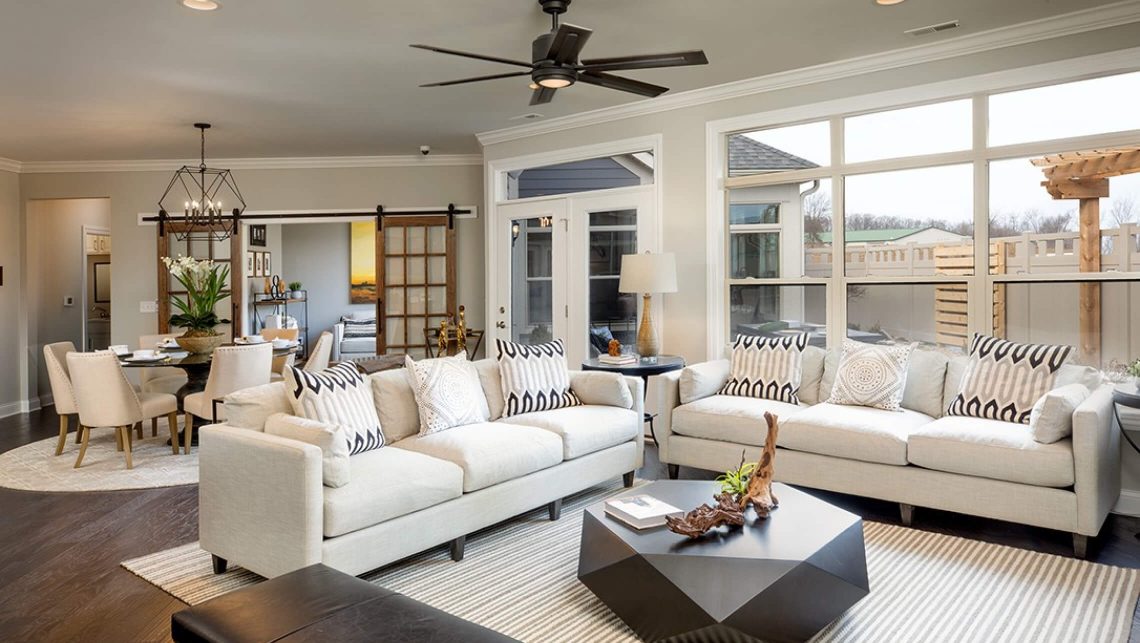 Epcon will hire approximately 10 people in Indianapolis this year. Plans are to locate the Indianapolis office near U.S. 31 and 116th Street. Epcon plans to work toward building 200 homes per year in Indianapolis, focusing on the north side of the city.

Epcon builds single-level, luxury ranch homes with private courtyards that are popular with 55+ buyers. Epcon communities offer low maintenance living with many communities offering amenities like clubhouses, pools, pickleball courts, walking trails, fitness centers and more based on the size and the location of the community.

Epcon has hired Brooks Longfellow to lead the Indianapolis market. Longfellow most recently worked as the division manager of Indianapolis’ Gradison Design-Build. He has 24 years of experience in the home building industry, including time working for Pulte Homes and Ryan Homes.

“We are happy to have Brooks lead our entry into the Indianapolis market, which is an important growth opportunity for Epcon,” said Phil Fankhauser, president and director of Epcon Communities. “His experience in homebuilding, especially locally in Indiana, will be invaluable as we start to build in the area.”

“Epcon offers a great product that buyers in Indianapolis will be happy to live in,” Longfellow said. “I’m excited to join the Epcon team and help introduce Indianapolis to Epcon’s smart floorplans and unique community amenities.”

Since 1986, Epcon has built homes with smart, innovative designs and the most desirable of modern amenities. More than 35,000 families and individuals call an Epcon community “home,” making Epcon one of the top lifestyle-rich home developers in the country year after year.